Wahlburgers is coming to the Hy-Vee at Shadow Lake Town Center near 72nd & Highway 370 in Papillion. Grand opening is Tuesday, September 28th.

We have an official opening date for the Kinkaider Brewing Co. taproom coming to Aksarben Village. It’s October 1st. Kinkaider is based in Broken Bow, Neb., and has additional locations in Grand Island and Lincoln.

The former September’s bar at 11008 Prairie Brook Road in Rockbrook Village is now home to Public House, which is described as a “Casual, modern neighborhood bar serving a wide range of cocktails, beer & wine. Offering everything from a classic craft cocktail to rum & coke and a mix of craft beer to domestics.”

The former Noah’s Bark, which was a pet grooming and dog day care business at 3548 Center Street, is being converted into the Bull Moose bar.

Anything can be a flight! First, it was beer flights – a great way sample four different beers in small glasses. Then we started seeing coffee and ice cream flights. What about toast flights? That’s now a thing at Zen Coffee Company, which has locations near 132nd & West Center Road and at 25th & Farnam Street.

Casey’s convenience stores continue to rebrand multiple gas stations in the metro area. Iowa-based Casey’s acquired Omaha-based Buchanan Energy – which operated Bucky’s Convenience Stores – in May. The latest Bucky’s to go out to construction bidding is the location at 3435 South 42nd Street.

Well, we don’t normally cover businesses like this, but here’s an example of an adaptive reuse of existing real estate. The free-standing, 2,600 sq. ft. building at 7254 North 30th Street that previously was a Subway restaurant is being converted into a Romantix store. Do with that information as you wish.

Brought to you by: 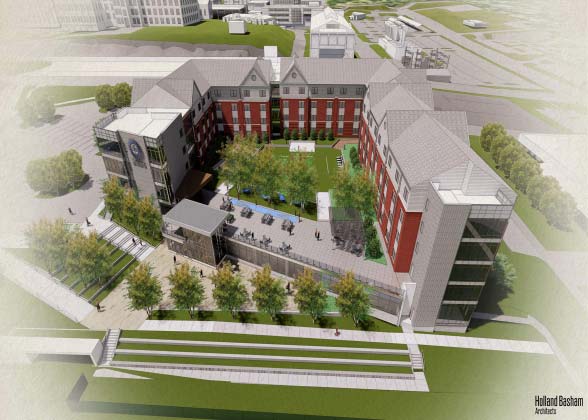 Omaha, We Must Do a Better Job!

Three weeks ago, we posted some unappealing photographs taken in and around the Old Market on our Grow Omaha Facebook page. The photos garnered 4,645 views, 2,000 engagements and 100 comments.

One of the photos (printed above) was of a sidewalk planter located along 10th Street just north of Harney Street. We posted several similar photos as well. Some people criticized us for doing this, saying that Grow Omaha has a reputation for being a positive, optimistic supporter of all things Omaha.

At Grow Omaha, we do embrace our role as community cheerleaders. Every member of the Grow Omaha team loves this community and is committed to making it a better place. That’s why the condition of the downtown streetscape was so concerning to us.

It is our current belief that the Omaha area – including private property owners, individual citizens and local governments – needs to do a substantially better job of keeping up our appearance. Our streets, sidewalks, highway medians and many private properties look unkempt compared to those in some other cities.

Our September 3rd Facebook post generated a response from the Omaha Downtown Improvement District, which is in charge of sidewalk maintenance downtown among other responsibilities. An DID spokesperson said in one of the Facebook comments that the organization was struggling with staffing issues like many other employers are these days.

That said, the upkeep of our community is everyone’s responsibility. We are asking that private property owners do their best to pull weeds (especially those growing between cracks in the pavement), remove litter, spruce up landscaping and maintain building exteriors. We ask that local and state governments diligently clean up streets and especially highway medians.

Keep in mind that Omaha is in a constant battle with every other community across the country to recruit talent, grow our economy and attract visitors. The better our community looks, the more successful we’ll be.

In most ways, Omaha is thriving. We are growing faster than most other Midwestern and northern cities. Our unemployment is low and our quality of life is high. Let’s do a better job with our appearance.

Here’s a resource for you. The City of Omaha Public Works Department is holding an annual neighborhood cleanup campaign. For a schedule, click HERE.

The Omaha City Council this week approved Tax Increment Financing for two urban development projects downtown. The 7-story Service Life Building at 19the & Farnam will be renovated into office and retail on the ground floor and affordable apartments upstairs. The other project is known as The Flatiron District, a five-story apartment complex to be constructed on two lots at 19th & Howard Street.

A ceremony was held earlier this week for the opening of Big Elk Lake in Papillion. Big Elk Lake was named to honor Chief Big Elk of the Omaha Tribe. Members of the tribe were on hand and performed a traditional cedar burn to bless the lake. The event finished with a ribbon cutting.

Library Controversy – After the Omaha World-Herald published a story about a possible privatization of the city’s library, Omaha Mayor Jean Stothert released the following statement:

“Social media posts suggesting the Omaha Public Library system will be privatized are completely false. There is no such plan. It is unfortunate someone has started an irresponsible social media campaign that encourages rumor and speculation. The OPL Board of Trustees is currently updating its strategic plan. There will be a series of public meetings coming up this fall and the Board will look forward to public comment.”

The September 2021 Grow Omaha Construction Update video is now available. In this edition, our professional photographer Brad Williams highlights new apartments in North Downtown and several urban development projects plus impressive video of the three downtown parks that are currently under renovation. You can watch the video HERE.

This section is sponsored by Midtown Crossing, an energetic, eclectic destination in the heart of Omaha. Be sure and stay connected to all the new retailer announcements, food and drink specials and the lively line-up of events in Turner Park by clicking HERE! 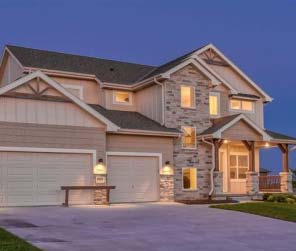 Eagle Mortgage is a locally owned, full-service mortgage company helping you with Conventional, VA, FHA and USDA loans in both Nebraska & Iowa, including the Omaha-Council Bluffs area.

Whether you are buying a home or looking to refinance an existing loan, Eagle Mortgage can help you realize your dream of homeownership or help you save money by obtaining a lower monthly payment. Eagle has plenty of experience with first-time home buyers too.

Local Business News Sponsored by FranNet of The Heartland:

Real Estate News from CoStar – – The door is open for apartment landlords to consider whether to require tenants to get COVID-19 vaccinations. The National Multifamily Housing Council said members are now discussing whether owners would want to impose requirements in apartment buildings similar to those some businesses have implemented in offices. It comes as one Florida apartment landlord has begun requiring new and renewing tenants be vaccinated, a move that may face legal challenges but signals the latest decisions commercial property owners face in trying to protect tenants, visitors and their businesses in the pandemic.

Kubat HealthCare of Omaha has acquired Blake’s Pharmacy of Louisville, Neb. Blake’s will continue to offer a full-service pharmacy from its current location at 213 Main Street.

Seim Johnson, an Omaha-based accounting firm, was named among INSIDE Public Accounting’s list of Top 400 Firms in the nation for 2021, ranking among the top half of the list.

CLAAS of America has opened a 20,000 sq. ft. training facility adjacent to its headquarters and manufacturing plant located near 132nd & Giles Road. The state-of-the-art facility will host on-site and virtual training for CLAAS’ dealer network.

This section is sponsored by FranNet of The Heartland, the local, trusted franchise experts. They are “in the business of helping you get into business!”

People in the News 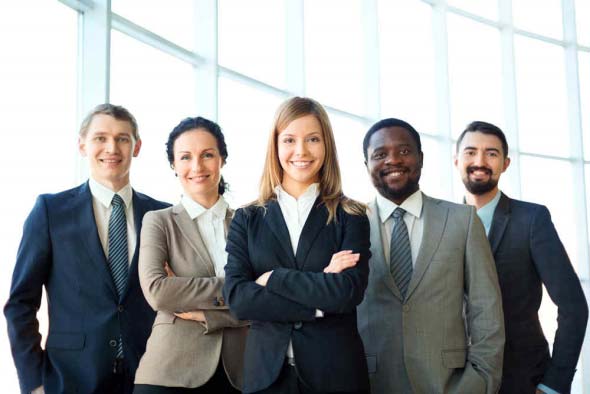 Kat Sylvia-Root has been appointed assistant vice president, business banking at Security National Bank of Omaha. Root will work with non-profit customers as well as business, construction, church and Small Business Administration lending. She has six years of experience in business banking and holds a bachelor dgree from the University of Notre Dame.

McFarlin & Brokke, PC, an Omaha-based public accounting firm, has promoted Douglas Morris to partner/shareholder. Morris joined the firm in 2014 as a staff accountant and was promoted to manager in 2019. He is a graduate of the University of Nebraska at Omaha.

The Omaha Press Club has inducted its 2021 Hall of Fame Class:

Trina Creighton, former anchor at KMTV and current journalism professor at the University of Nebraska-Lincoln.

The “People in the News” section is sponsored by Baird Holm LLP. Baird Holm’s dedicated team of real estate lawyers has extensive experience in all aspects of real estate law, including purchases, sales, zoning and land use, leasing, and dispute resolution. Click HERE for more information.

Have You Watched Grow O on Video Yet? 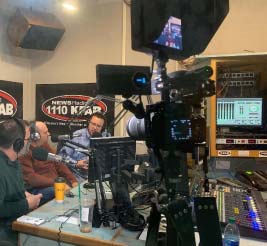 The Grow Omaha radio show broadcasts live every Saturday morning at 9:00, but now you can watch videos of each episode instead of just listening.

Videos include News of the Week, Lightning Round, guest interviews, and “Grow Omaha Uncut,” a behind-the-scenes look at what happens during commercial breaks.

Don’t keep this newsletter to yourself. Forward it to your friends, clients and co-workers. You want to know the real reason we produce this report? It’s to remind Omahans about the vibrant, prosperous and growing city they call home. The more Omaha residents believe in their city, the more successful we’ll all be. Spread the news!

Know of someone else who wants to receive this newsletter? Have them send their name and email address to news@growomaha.com!

The article above was acquired via Omaha Grow's RSS feed. Please visit Grow Omaha and follow on Twitter: @GrowOmaha!